RODD
"He keeps his past to himself, but Rodd's always been running from something.

Former stunt driver, turned racing legend, Rodd has made a reputation built on risk.
But, he's finally risked far too much by involving himself and his love Susie with gangsters that want them both dead."

Each of the characters portray a bit of myself I suppose, different aspects.
Rodd, obviously, represents my most ambitious nature...or my most naive.

Hopes, and regrets. Accomplishments, and mistakes. All of the characters in Rodd Racer represent certain experiences in my private, or professional life.

As much as I like the character, there is alot I really dislike.
Of all the character's in the story, I think Rodd is the one I put the most work into, but is the least familiar to myself.

I've always loved old movie fights. The camera fixed several feet away, and we see actors jumping from one end of the screen to the other. The choreography might look a bit clumsy at times, but great moments...like Errol Flynn's Robin Hood, really paid off.
For me, in 1980, at 6 years old, that's what I imagined fights to be. Elegant...harmless.

My first real fight was in high school, nothing like Errol Flynn...

These pages were inspired by those old movie fights. 1930's gangster films that had some gritty fights, without the complex editing, or heroic musical score we have today. 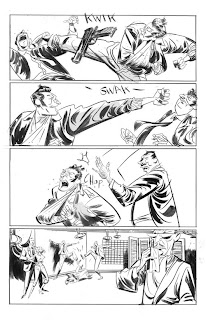 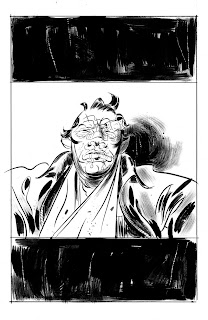 Thanks to those that reminded me to update my blog.
more soon... 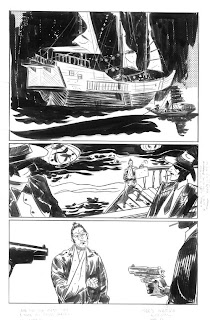 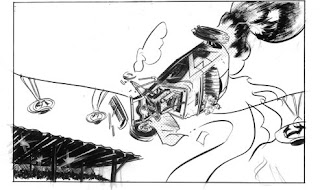 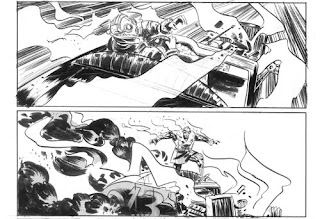 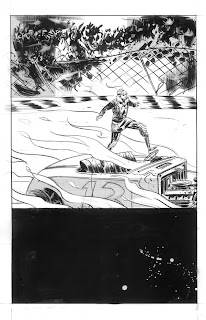 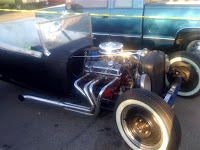 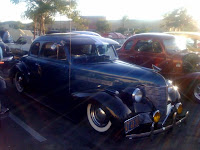 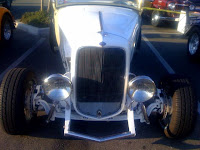 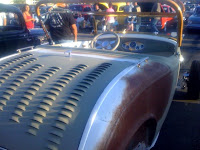 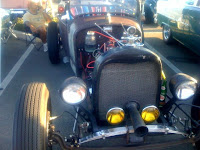 Last summer I stopped by a local car show and took some reference photos for RODD RACER.
Posted by Toby Cypress at 2:12 PM No comments:

Also check out the other stories. Spend time at the website, lots of cool sci-fi stories.
I'm very proud to be part of their anniversary issue. Thanks to everybody at New Myths! 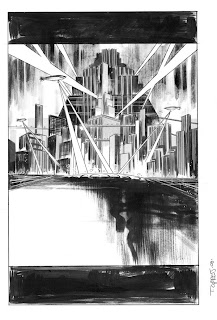 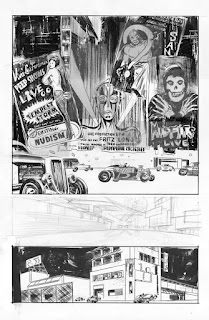 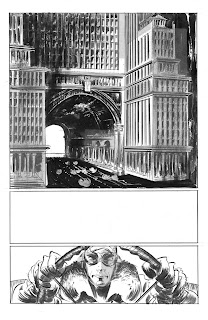 Here are more examples of the environment. Inspirations include Blade Runner, Metropolis...Those movies really struck a cord with me mostly due to their epic scale. But, as you see, I really want a diverse personality to the city. Parts are inspired by Roman designs, parts Shanghai, then other parts are punk scene references.

A big help to me has been the books "New York in the Thirties" by Berenice Abbott, "The Metropolis of Tomorrow" by Hugh Ferriss, and "Film Architecture" by Dietrich Neumann. 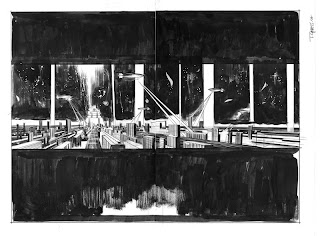 Thank you to everybody that has expressed interest in RODD RACER.
And thank you for your patience, this project has been very hard work, and I still have a ton of work left.

So, for my first official post I decided to start with "the city". The environment in which the story takes place. It doesn't have a name, inspired by Fritz Lang's designs, and noir films. The city is huge, and the story spans thru each borough, screaming past art deco, shanghai, roman deco, punk deco...it's been alot of fun designing the "personality" of the environment. Since the story doesn't have a specific time frame in which it takes place, I wanted the city to feel futuristic, and yet vintage at the same time. Kind of a "neverwhere" so to speak.
This piece is not the actual "finished" version, only a work in progress.

Many people have emailed me asking for a release date, and a publisher.
I don't have a release date yet because I'm working on RODD RACER between paying gigs that support my independent projects such as RACER.

My first love is my creator owned concepts, and I intend to release books that I can be very proud of. Rodd Racer is my first, and I'm learning alot, improving alot. Future books of mine are already benefiting from my patience in RODD RACER.

RODD RACER has been in production for 3 years...WOW. It's nearly done, and it will be released this year, likely late summer.

I still have a problem with finding a suitable publisher, I'm hoping to go with Image comics, but I have had very slow experiences with them, and they seem totally overwhelmed with projects for the time being. I've had a good relationship with them for the past few years, and hope that RODD RACER will be published with them.

There are many publishers that have expressed an interest in publishing RODD RACER, but working as an indy creator can be very slow in nailing down commitments. I'm hoping to work with people that will bend over backwards in working with RACER, promoting, and believing in my work as much as I do.

So, as soon as I find a publisher that doesn't flake out, then we'll have a solid release date.

Welcome to the official RODD RACER blog.
Here, we intend to post updates, and release dates along with production art, interviews, and conversations to help promote the anticipated release of the RODD RACER stories.

RODD RACER is designed as a 3 volume graphic novel series which debuts this summer 2008.

Check back often, as new updates will be posted once a week.
-T.Cypress
Posted by Toby Cypress at 11:50 AM 2 comments: